Tai-Danae Bradley has a new free "booklet" on applied category theory. It grew out of the workshop Applied Category Theory 2018, and I think it makes a great complement to Fong and Spivak's books Seven Sketches:

Abstract. This is a collection of introductory, expository notes on applied category theory, inspired by the 2018 Applied Category Theory Workshop, and in these notes we take a leisurely stroll through two themes (functorial semantics and compositionality), two constructions (monoidal categories and decorated cospans) and two examples (chemical reaction networks and natural language processing) within the field. 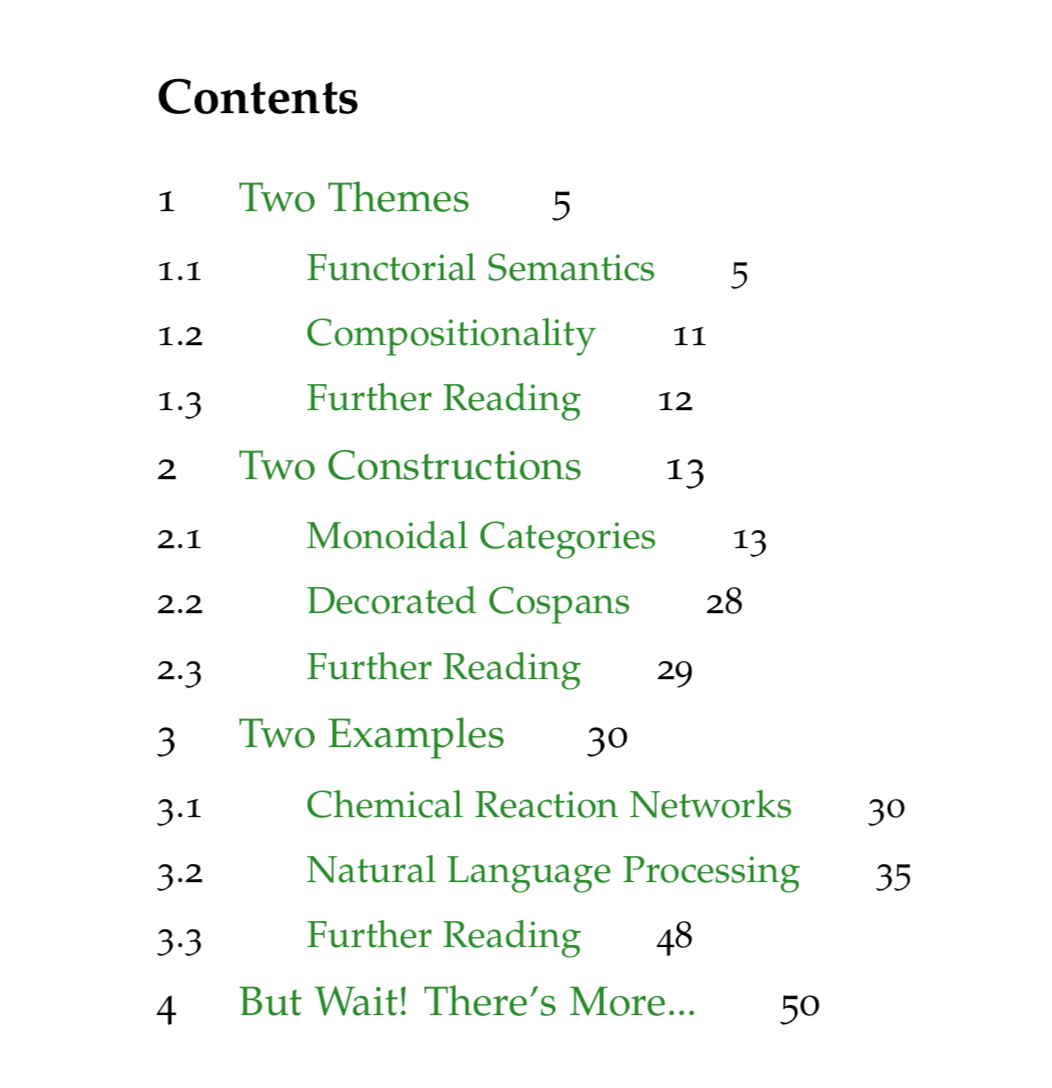