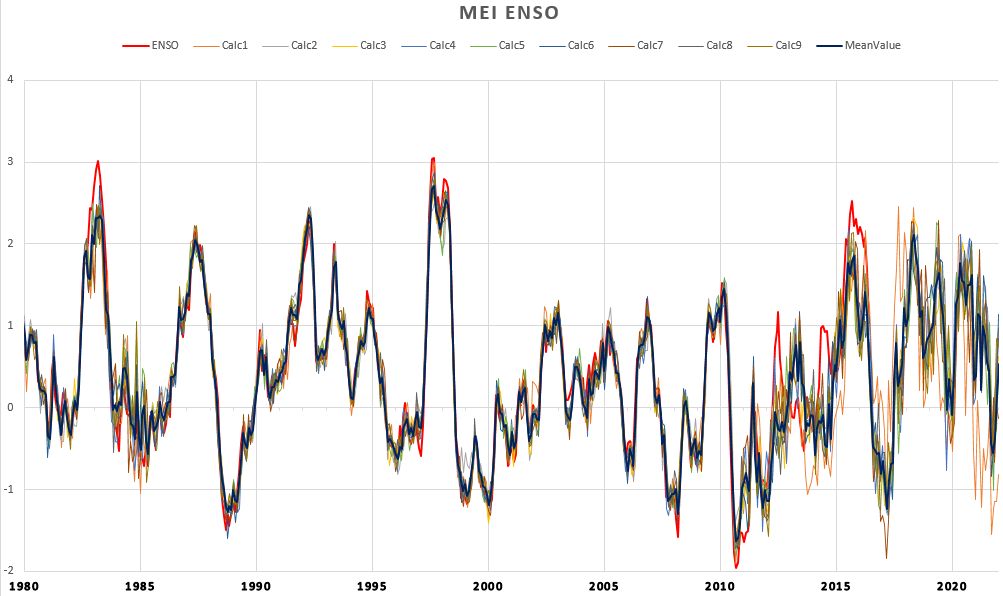 This is a zoomed up version from 2014 to 2022. As you can see the green line is the real ENSO value and the red line is the ENSO value from the Neural network, which is an average from 9 independent ensembles. As you can see the current La Niña which NOAA has written off, is going to deepen with the strongest period around Feb, Mar or Apr, which is then followed by an uptick for the next following 12 months. I missed the size of the resent El Niño. I cannot differentiate between strong and weak El Niños at the moment but I think this is something I can correct in my next update. I also plan to make shorter forecast for say 1 year, 2 years and 4 years where I also plan to include real ENSO data up to the current date and combined this with the result from my NN. As of now, I use no ENSO data as input in my NN, which some may find hard to believe. I use only data from the lunar cycles, variations in Earth’s magnetic field and variations in solar wind as inputs. 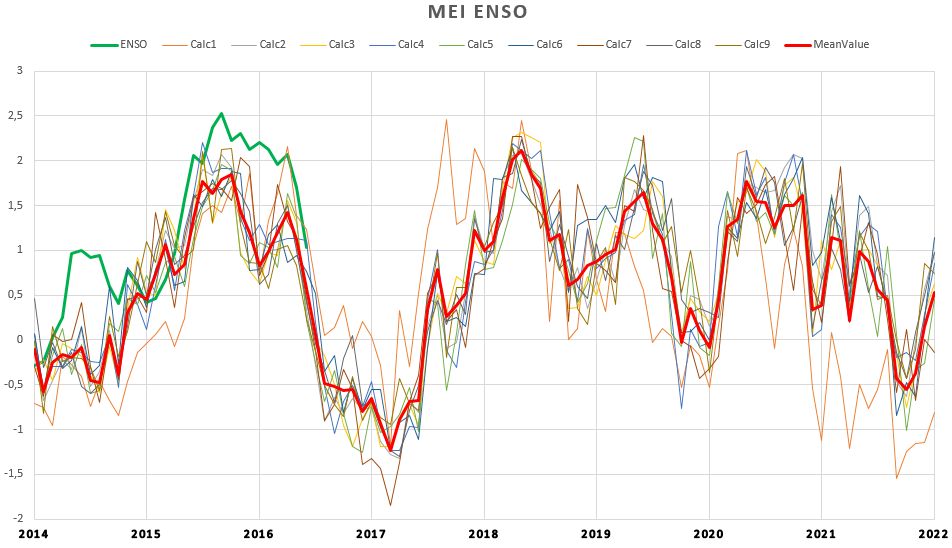