I now downloaded the data from Lisird - actually not the "all" -file for download but "all" from the interactive download, which had a smaller data size, which was although about half the size still hard to handle on my laptop and so alone the downloading was a pain in the ass. But well I think this is important.

which is quite close to my very bold estimate above (where I had neglected some data and shear) . In fact the bump is even visible, see how the spectrum splits in a purple and dark red line in the lower red circle: 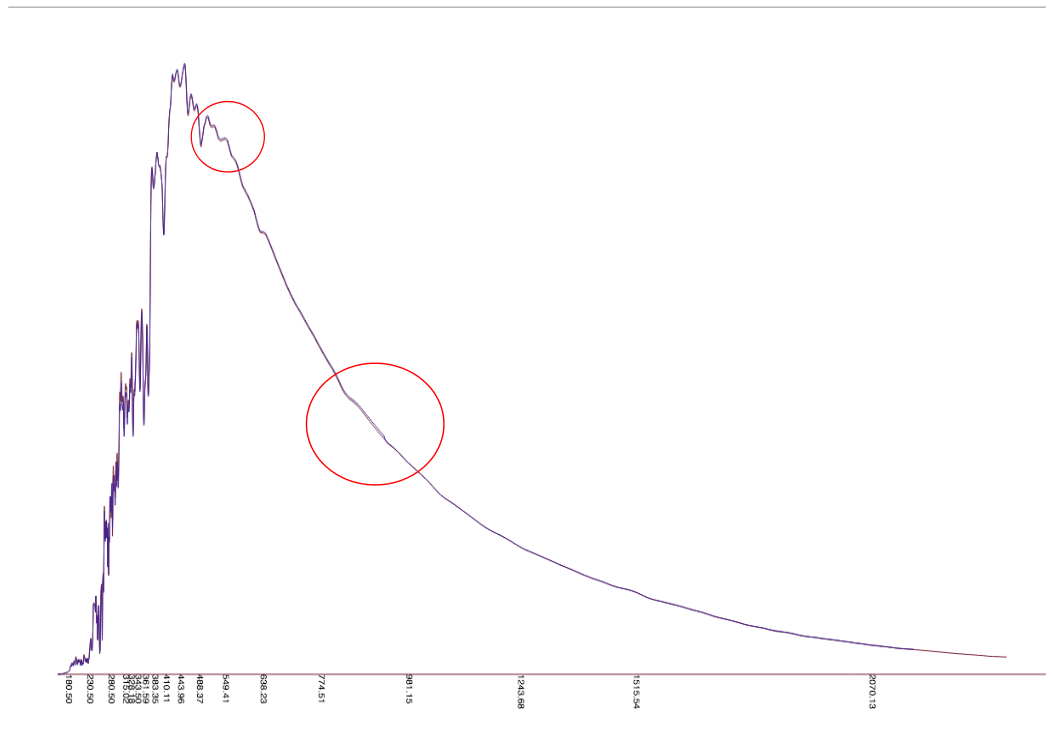 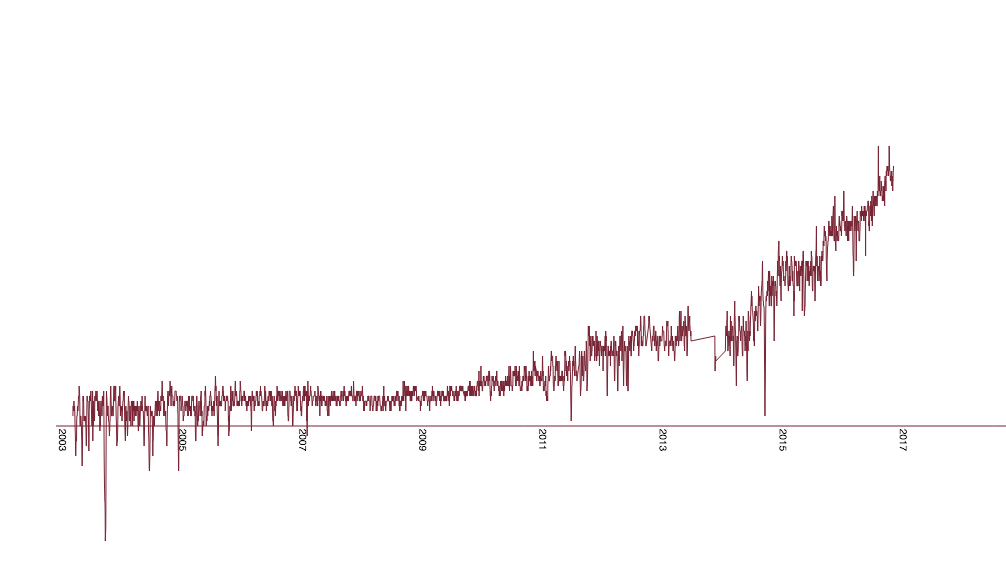 One clearly sees the steep rise in the last two years (as mentioned in my comment at the beginning). The image in Lisird looks of course the same.

Moreover EVEN MORE DISCONCERTING by looking at the comparision (first image above) one can notice
that already in the 500nm's there is a difference. Here the rise has been more or less steadily (please check yourself on Lisird).
Altogether one gets from integrating between 443.96nm and 981.15nm a value of
$$1.500225250000001W/m^2 !!!$$

So clearly the near infrared behaves differently then the overall TSI and as said before this sounds very bad to me.